Secular Writers and the Religious Imagination 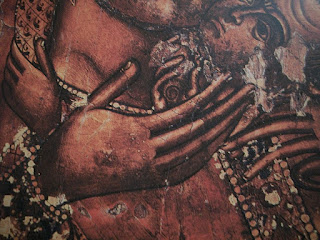 “The Catholic fiction writer has very little high-powered “Catholic fiction to influence him…But at some point reading them reaches the place of diminishing returns and you get more benefit reading someone like Hemingway, where there is apparently a hunger for Catholic completeness in life, or Joyce who can’t get rid of it no matter what he does. It may be a matter of recognizing the Holy Ghost in fiction by the way he chooses to conceal himself.”

Most of my favorite fiction writers are non-religious writers. This is in part because I don’t trust the writers of religious fiction to write honestly about the world they see, and in part because in an attempt to write accessible religious fiction, they too often seem to be writing without respect for the story. It’s I see in many religious writers - whether the religion is Christianity or any other, but it isn’t true of all religious writers. I love Flannery, I enjoy Lewis, and Tolstoy manages to meld writing and the religious sense richly. What are they doing right? When people ask me, “why Lewis but not Pullman?” I’ll generally say that Lewis feels natural, Pullman tries too hard, it’s jarring. But Flannery explains in better, “A writer’s moral sense must coincide with his dramatic sense.” A religious writer, any writer really, can’t write with discordant senses. A moral sense that is non-existent, or that sticks out of the text to beat the reader over the head is jarring, as is a moral that builds a sense of wonder in a cynical tale.

“When I said that the devil was a better writer than Mlle. Sagan, I meant to indicate that the devil’s moral sense coincides at all points with his dramatic sense.”
~Flannery O Connor


Flannery encourages the writer to work from his “felt life” a term she takes from Joyce, and a term I read as the need for the writer to be honest in his created world. If he experiences the world in one way and writes it another way, the effect is jarring and unpleasant to the reader. For me, reading secular writers, like Joyce and Hemingway can be a fascinating look at what the inherent long for God does in the soul of the secular artist. It’s difficult for me to imagine without their writing to guide me. And their writing raises me up in a way that many Catholic writers do not, because they write honestly of all the torments the soul can feel when it searches for what it doesn’t know.