"It is the responsibility of writers to listen to gossip and pass it on. It is the way all storytellers learn about life."
~Grace Paley

One of the benefits of working a side job as a writer is the constant exposure to people and their stories. My co-workers are people I'm not likely to meet outside of work, our lives run in such different directions, and business is so slow, that the workplace has become a "safe place" for many of them to gossip, share stories, and complain in ways that might be awkward among friends.

It's interesting how comforting distance can be. I've met people on buses, at shops, and at work who will gladly unburden their souls to a complete stranger - relationship advice is the most common. I've had older business women confess to affairs, a college-aged co-worker admit to a sudden, and short-lived marriage, a drug-dealer gush about his beloved pet rabbit, and a bus driver discuss his neighbor's infidelities. When we don't know the person personally, it's easy to view them as we view the priest in the confessional: symbolic, representational, standing in for the people we really need to speak to.
Posted by Masha at 7:31 AM 3 comments:

There is something so deliciously indulgent about sitting down to sip coffee in the morning. Tea has a similar effect, but only in the late afternoon, and it's less indulgent - more contemplative. Morning coffee is indulgent. I'm sipping at a tiny cafe. The coffee is not so good as my home cup, but the novelty is more than enough to improve it. I'm sitting in front of a big window, watching the street. It's not a pretty view, but I can see across the street to where a man is smoking in a downstairs apartment - he looks as relaxed and comfortable as I feel, chatting with a woman on a wooden chair and taking long, slow drags. It's an ugly, grey apartment building, his porch is sloping dangerously away from the door, but I think my happy man has found his little bit of paradise. I wish him all the best.
Posted by Masha at 8:13 AM No comments: 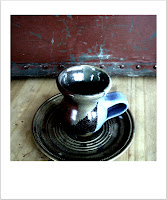 "I find myself in a world where everybody has his compartment, puts you in yours, shuts the door and departs."

I'm always surprised when people I know begin to describe my husband to me: "He's such a hippie." "He's so conservative." "So clever!" "Oh, he's just a laborer." Each time, it reminds me how very comfortable we all are with compartmentalizing the people around us, and how limiting those compartments are. When folks meet him at Liturgy, they often assume that he is an extreme traditionalists, because we attend the Old Latin Mass instead of the Novus Ordo. But when they discover that we chose not to support Wal-mart, and other companies that fail to respect the dignity of the person there is confusion: liberals do that, but liberals don't go to Latin Mass.

Compatmentalizing people causes problems. Sometimes when people discover that my husband and I are not what they thought, they distance themselves. They realize that we don't fit in the compartments they've made for us, because we're people who strive to live in imitation of Christ, not in imitation of the common image of "American Catholic," and then the walls come up. In can be frustrating and it can be isolating at times, but it's something that everyone must do at times if they are ever to be truly themselves. Nobody can fit and grow and thrive when they are have been put in a compartment and the door has been shut.

Begining to understand the attitude behind this compartmentalizing has helped me to recognize when I do the same thing to other people. Without intending to, I make assumptions without allowing myself to know the true person. Part of truly living, though is realizing and actively correcting this habit, which I'm only able to do when I allow myself to see people as they are and as they strive to be.

Blessings and joy to all. 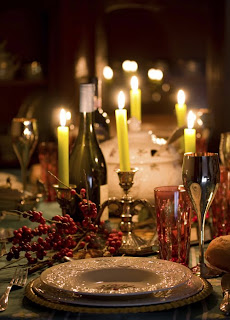 "The religious sense seems to be bred out of [modern people]...And it's bred out of them double quick now by religious substitutes for religion."
~Flannery O' Connor

I've just read that Maine ranked third for "most secular state" in a gallup poll on American religious views. It's something that isn't surprising in any way - though it is disappointing and sad. Yet at the same time the news is very hopeful.

It's hopeful because the practicing Catholics we meet here are often the least "Catholic" in their "religious sense." As far as theology goes, they can be more-or-less orthodox, but in their worldview, in their sense of mystery and sacramentality, many Catholics tend to be down-right secular; whereas the "secular", non-religious types are often more able to see the magic of God at work in the world. This, I'm certain, is in many ways the fault of a New England "puritan" approach to Catholicism that, for example, admires and studies the saints, without attempting to know them personnally. It's a business-style Catholicism that leaves those who are truly searching for an intimate relationship with the Creator feeling as though they don't belong.

While I don't understand how one can be Catholic without falling into the delightful world of mystery and magic, I do understand how one can immerse himself in mystery and still miss the Church - at least for a little while, and especially when the Church as he sees her represented lacks any awareness of her own powerful presence. I'm certain that when we Catholics in Maine stop thinking of the Church as a corporate and political entity and learn to live again as the Body of Christ, the beauty of the Catholic imagination will attract those who have learned elsewhere to see the world with eyes of wonder.
Posted by Masha at 7:21 PM No comments:

I am considering a new tattoo - though not the one shown below. My husband designed that for himself, though he hasn't decided whether or not to get it yet. The tattoo I'm considering would be words, on my arm, I think. And I am almost decided.

I like to see my body as a canvas, not to be covered over, and overwhelmed by artwork, but to be an artistic home for a few, well-chosen additions. I love thhe process of designing and reworking those designs, I love seeing the finished product and sharing it with those around me. 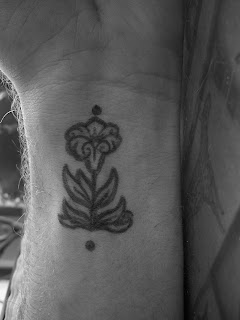 It's spring! And the whole world is bursting into bloom!
Enjoy the images - and my husband's photography - of beautiful green, growing things! 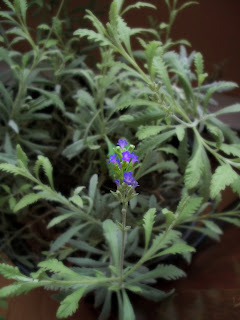 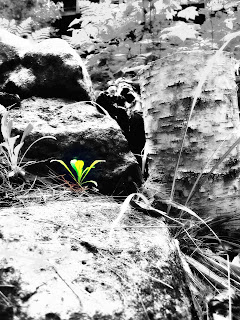 "Abstract Art: A product of the untalented, sold by the unprincipled
to the utterly bewildered."
Albert Camus

This morning I was able to enjoy my breakfast in the sun-lit front room for the first time in days. The rainy, grey days have passed, and the air is warming up again. We've been going through our things and weeding out the excess, ugly, or broken things that have been clogging up our apartment. It's the first step of the moving process, and we're excited to begin.

On paper, and in our heads, we have already built and designed our yurt. It is thrilling to design and create a home that is pure art - a place of beauty surrounded by our own secluding trees, garden, and stream. It amazes me that more people don't long to live out of the cities and amoung the trees.
Posted by Masha at 7:14 AM No comments:

"Our houses are such unwieldy property that we are often imprisoned rather than housed in them."
Henry David Thoreau

I am very excited about our upcoming move to the country. We are now in the process of shopping for a yurt to put on our property. The yurt will be our home for at least a few years, while we slowly build our dream home from straw-bales and timber. Yurts are lovely round, cozy tents developed for the nomads of mongolia. While we will not be living the nomadic life, the style of our new home soothes me, and gives me a connection to that way of living - which is my ideal.

Thankfully, our new land is big enough, and full of trees, so that I can wander daily on my property and not feel hemmed in. Our property is surrounded by the undeveloped property of others, and on only one border can we see a neighbors house. It is a piece of land where I can feel free.
Posted by Masha at 10:54 AM No comments:

"People seldom do what they believe in.
They do what is convenient, then repent."

I've been frustrated with the disconnection we have (I include myself) between what we believe and how we live. We believe in Truth, in Beauty, in Goodness, but we live for lesser things and no amount of arguing will convince us otherwise.

I am very good a repentance, and no good at all at living out my convictions. At least not for long periods of time. There is just something about a To Do list of good intentions that inspires me to curl up in bed and sleep the day away.

Thankfully, there is repentance. I'm grateful for a good Lent, and now that Easter has arrived, and brought along Springtime, I'm slowly putting my house in order. We are preparing to move, and so many things are being discarded, projects are being completed, and soon we will pack up all our worldly goods and be on our way to a place where the nights are quieter and Mondays don't smell like old trash.