The Artistic Temperment and Self Delusion: Why alone I can accomplish nothing 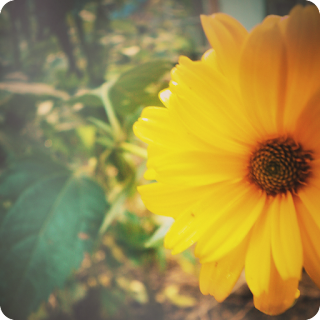 “I don’t really think it is discipline you lack, if you are thinking of discipline as the ability to sit down and work, to do it, to keep at it, etc… Rather than something you lack, it may be something you have too much of…[it may be that] you simply don’t know how to control your own sensibility -too much sensibility…The writer [requires] ..a certain fanaticism..an automatic control to the sensibility.”

Reading this advice, from Flannery to her playwright friend Maryat Lee, I began to think differently about discipline. We’ve talked before about the discipline of writing, the sacrifice of writing - and now, the fanaticism of writing. The context of the quote is, I think, important to this discussion. Maryat is distracted from her writing by her passion for equality. She has flung herself passionately into the racial turmoil of the fifties and sixties. Her involvement in the fight for social justice is intruding on her writing. Flannery is not a part of the movement, not because she is for segregation, but in part because she has that fanaticism necessary to the writer. Her writing, set in the south, does deal with racial issues (I’m thinking especially of the stories Artificial Nigger and Everything that Rises Must Converge) but she is comfortable in her role - a vocation to see, reflect, and inspire rather than a more active and public vocation. Perhaps the fanaticism comes from the awareness of her role, or the awareness from the fanaticism, the “automatic control to the sensibility” that calms the desire to run off into the world and do.

That isn’t to say writing isn’t ‘doing something’. Anyone whose ever stayed up all night to write a last minute term paper, or to give shape to a story that’s been rustling around inside for days knows there is nothing passive about writing. But it is a quite, lonely activity. One that takes us out of the world. And often, and choice has to be made between writing and the call of sensibility.. Or not. Flannery’s words make me think that sometime, some writers don’t have to choose. They have that ‘certain fanaticism’ which automatically controls sensibility. Jenna seems to have it, as she mentioned in a past response. Flannery had it, Tolstoy did not. Which comforts me, because it shows that even the distractions of an over-developed sensibility can’t get in the way of the artist’s vocation - if there is enough genius to make up for all the time away. I can’t make any assumptions about my own genius - it looks bad - but I can at least hope that my ever changing moods and obsessions will inform my art, rather than strangle it. And I’m grateful to Flannery for making both extremes appear so attractive - to be overwhelmed by your own sensibility and to write with artistic fanaticism..I could happily be either, if I weren’t so obviously the former.


I hope this advice, and the comforting feelings of understanding and sympathy I get think of Maryat Lee trying to devote herself to both her writing and her cause, don’t lead me down the easy path of excusing my distraction, and allowing the effects of sensibility to ruin my commitment to art. It is always a temptation, I have very few perfectionist tendencies, and more than enough self-delusion to bury them. Maybe this post is less about discipline and personality than it is about perception. It is easy for me to see myself as an artist, and even if I produce nothing in my life, I will die confident that I could have, if I hadn’t been so attractively at the mercy of my own ‘artistic temperament’. Thank goodness I’ve married a man who refuses to let me rest on my own, unearned laurels.
Posted by Masha at 10:28 AM