I can never say no to a book club..

My blogging friends, Jenna and Christie are joining me in a long, reflective read-through of the series, with plenty of time for discussion, for food and drink, for music making, and happy arguments because we are all reading from different starting points. Jenna is our fan - Harry and she are long friends and he’s blessed her life in real and tangible ways. Christie is the newbie, and I’m excited to see how her fully trained and insightful sense of magic and mystery receive J.K. Rowling’s wizarding world.
I am not a fan. I’ve read them (some of them more than once or twice) but there’s something that irks me in the series (a few things, actually) and I’ll be sharing a lot of those critical thoughts here, along with the parts I think Rowling gets right, because there are plenty of those as well…and I’m not going to pretend it’s not fun to be reading with friends, playing with recipes, and having some fantastic conversations, because it is.
As Jenna mentioned in her amazing introductory post (Read it Now!) We won’t be discussing - except in passing maybe, or unless someone else wants to take up that position - the argument that Harry Potter is bad reading because it contains magic and dragons.. None of us have the wish or temperament to argue against either; but that doesn’t mean I won’t be bringing up the problematic aspects of Harry’s magic (there are plenty), and I think a good long discussion of this whole ‘incantational vs. Invocational’ argument has to happen at some point as well, which will be fascinating! Well be talking about the character of the characters, about Rowling's worldview, about the role of men as fathers in the books, and about whatever else you encourage us to talk about! Because this is interactive, which means that if you have an opinion, we're going to hear it, and discuss it with you!  I'm really excited about this club! I’m looking forward especially to learning a lot about how the books have shaped how people see the world, do they inspire readers to see the world in rich possibilities or do they tie reader’s down to a secular-relativistic worldview in which evil is decidedly banal and suburban and good is it’s very near twin??
The first book is laying in wait for me somewhere on thrift-store shelves..I’ll be hunting it down today with Petka in tow - who loves the illustrations, thought the words bore her with their lack of “moon” and “dog” references..Maybe book three will prove delightful in that - it was always my favorite of the series, if only for the brief-but-long-awaited ‘strong male characters’.

My reading recommendations (inspired by and adding to Christie’s excellent list!)
Wine - to lower resistance (to either Rowling’s writing or your own critical thoughts..whichever you tend to reject when sober)
A friend/spouse/sister/brother..someone to read aloud to when bits need discussion, when something delights you or bothers you. And remember, even if all the books bother you, it’s ok to be delighted by sections, just as it’s ok to be appalled by some things, even if you love the series overall. No author gets it all right!
Tapestries and incense..because everything reads better with Tapestries and incense! 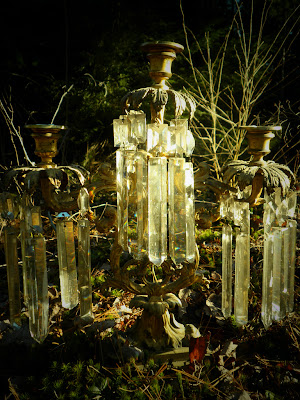