The Book Club: 'the name issue.'

Jenna’s given us a lovely bit of direction in her post on the early chapters (2-4) of book one. A few options, and a recipe for Knickerbocker Glory for those of you with a craving for sugar! In the comments there, we’re breaking open thoughts on snake symbolism, on ice cream, and on fear. But here I want to talk a bit more about the use of names.

As Jenna mentioned in her post on Harry’s first meeting with the magical world - there is early introduction to the name taboo when Harry first meets Hagrid. It’s an interesting, if overdone recognition of the power of names themselves. Names are fascinating and the superstitions around them vary, but all respect the power of the name itself. Rowling walks an interesting line between the fear-filled superstition rampant in the wizarding world regarding the Voldemort’s name, and the careless power displayed by Harry and Dumbledore later in the book as Harry continually forgets to fear and Dumbledore (it seems) never considered the possibility. I’m disappointed that she makes Hagrid so affected in his refusal to speak the name. It’s embarrassing,  at odds with his character, and awkward. I can see the attempt to make him sort of a ‘salt-of-the-earth, peasant-type’ but the trembly uncertainty in him when he speaks of ‘he who must not be named’ makes me wish Rowling had spent more time with actual people who kept name taboos instead of misdirecting her imagination.

The refusal to say a name, out of holy or out of superstitious fear, is generally less of a ‘terror’ and more of a matter-of-fact. A man who refers to the devil as ‘himself’, ‘the old man’, or ‘old scratch’ is not speaking so much out of terror and in self-defense. He does it without a second thought and definitely without a little tremor of fear. He does it the way a mother puts knives in the upper drawer - absentmindedly, because it is the way to keep safe. Rowling makes a production out of it here, too much so, and it frustrates the whole moment of explanation.

A holy fear of naming - such as God requires - is respectful, a refusal to claim the authority naming gives. Something, I think we’ll see in a negative sense among Voldemort’s followers (who also have a tendency to avoid naming him). A superstitious fear worries it might accidentally call up a being it can’t control. Which is why we avoid calling for dead relatives in graveyards, why fairies have so many careful nicknames, why we gossip about what “she did with that man” instead of naming names. It’s a realistic fear, especially in Harry’s world; but Rowling does a lovely thing with Harry in allowing him to forget that fear. Because while it’s true that “fear of a name increases fear of the thing itself” it’s also true that speaking the name of another gives, in a vague and magical sense, a hint of power over him. We do not speak the name of God, but when we cast out demons, we do so by name. I like the subtle reminder here, that Harry is unafraid of Voldemort’s name because he has no need to fear. He rests in the power he has only begun to discover. 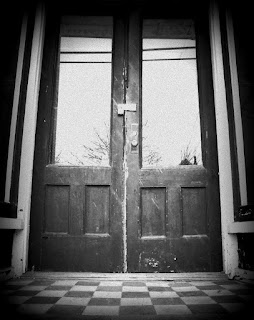