Incantational and Invocational.. The magic of problematic distinctions: A side note in the Harry Potter Book Club 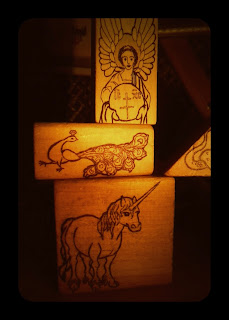 There are many points of view toward the problem of Christians embracing the magical world of Harry Potter. In her introductory post, Jenna mentions the debate and cites an argument in the books’ defense: John Granger’s distinction between incantational and invocational magic. It’s a popular argument for Christian fans of the seriesl; in it, he defines invocational magic as sorcery, the “calling in [of] demonic principalities and powers for personal power”; and incantational magic as essentially the chanting of spells. Again and again in his Looking for God in Harry Potter, Granger emphasizes that invocational magic is forbidden by Scripture, but just as often, directly implies that incantational magic is not. I’m disturbed by the distinction. I think we’ll be having a few conversations throughout the reading on various interesting elements of J.K. Rowling’s concept of magic - and I don’t want in any way to close off the continuation of this discussion at later points, but I’d like to bring it up for first thoughts here, just over the threshold of Hogwarts, as Harry beings his education in incantational magic.

It’s true that Rowling’s magic calls down no demons, implores no gods, and request no aid from “principalities and powers”- good or evil. In that sense her wizards are entirely what C.S. Lewis calls ‘materialist magicians’ - concentrating powers entirely apart from a spiritual relationship. But magic doesn’t require an invocation to be forbidden - the majority of divination is devoid of invocations, as are some of the more frightening spells, and even well-meaning forms of magic are forbidden to us - and not only because of the spiritual dangers inherent to invocational magic. Magic is dangerous to the soul of man because it sets him up as a god, it teaches him to take control, to put his trust in his own power and not in Christ, and magic - whether it calls down ‘demonic principalities and powers’ or relies totally on the will of the practitioner - as Rowling’s magic does - gives the magician an inappropriate and dangerous level of influence over his fellow men and his world. John Granger’s distinction, though, implies that a teenager picking up a book of spells at The Gnu’s Room (I’m sure they have a magic section, everyone does!) is well within the dictates of her Catholic faith in choosing ‘to sing along with’ these spells, because, like the majority of spell-books on the market, they don’t ‘invoke’ anything so much as they attempt to channel power -just as Harry and his friends do. 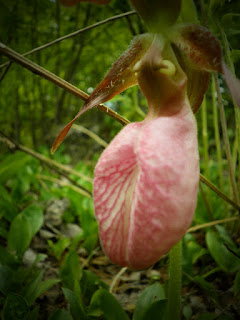 Granger then goes on to liken Rowling’s magic to that of Lewis and Tolkien. There are similarities, for certain, but he chooses a strange example in Caspian’s invocation of aid (it’s a musical invocation, which is Granger’s link to his approved incantational magic - but it’s hard to avoid the obvious call to help from beyond), he does not mention King Tirian’s more straightforward invocation of the children in The Last Battle, nor the abundance of invocations of Elbereth in Tolkien’s books. Magic is not something easily divided - incantations often invoke, invocations often implore, and God-magic can include both - as the Liturgy does, as Tirian’s call or Frodo’s “A Elbereth Gilthoniel” do; as forbidden magic does (and all magic apart from God is forbidden, be it chanting spells or calling up ghosts).

The impression I get is that Granger is searching for a loophole because he likes the books, and because they raise him up as they do Jenna - toward God-magic and mystery - so he uses these distinctions to clear his mind of uncertainty and defend the books against those who are uncomfortable with the magic used. But that’s not how magic works. It doesn’t fall neatly into categories: forbidden invocations and approved incantations. There is only the holy magic of the Church and magic proper - which is forbidden in all forms, at all times, and in all aspects.

Does that mean the Harry Potter books are completely off-limits to Christians? I’m reading them now, so obviously I don’t think so, and this post is less about the aspects of Rowling’s magic that should disturb her readers (we’re avoiding spoilers!) than it is about distinctions within the discussion of magic itself. What do you think of the distinction between invocational and Incantational magic in the defense of the series?
Posted by Masha at 8:52 AM