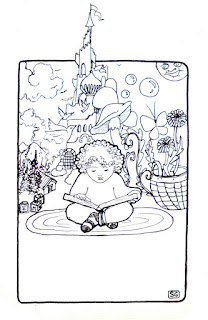 Hogwarts was a good idea. It’s place as a living, breathing entity. Place as changeable, magical, wild. It’s captivating. There’s a sense of humor in the castle, as though thousands of laughing wizards have left their joy hidden in nooks and crannies; there’s power - as the misdirected spells of generations linger on the stairs and under tables.. Hogwarts feels to me like a school ought to - never truly left by the students who were - never truly understood by those who are, at the moment, nestled in it’s halls. I like it because - apart from the ghosts who are more like the modern, unbelieving concept of spirit - the castle is haunted in a deeper way, by memories and dreams -that-don’t-fade, by rich imaginings come to life.

Like Stonehenge, the castle is unknowable..and I don’t think it’s a spoiler to share that even Dumbledore hasn’t discovered all the secrets of Hogwarts. Like some immortal, ever-young being, the castle seems to watch and laugh anew as each new batch of children trip on the step that isn’t, run up stairways that end, and lose themselves in a world of possibility. It’s this rediscovery of the castle that makes me think Rowling might have a sacramental imagination - the sense of potential here, the power of unseen things, and most especially, the life of this place. I wonder, and I think I’ll be wondering again and again as we read - Is this the result of a sacramental imagination wedded to a relativistic worldview?

If you haven’t already - head over to Jenna’s for a taste of pumpkin pasties and some discussion of rule-breaking by both teachers and students, or to Christie’s for a helpful reminder that Harry’s vice is normal and will - hopefully - be grown out of before he’s through with school! As for me, this week has been full of unfinished intentions. I had a longer post planned but was distracted by the castle, my car (which is legal again!), and some overwhelming thoughts on social expectation and the trouble it creates for me.. I’m putting aside some hours for writing this weekend though, and should be all caught up next week (hahaha..I do live in a dreamworld, don’t I?)..maybe, partially caught up?? 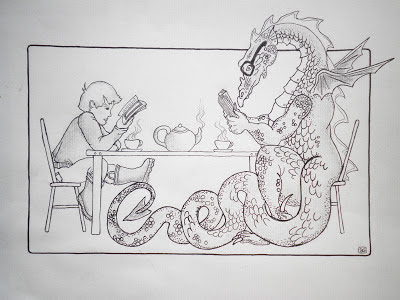