Ron and the Mirror

Wow..Jenna’s given us a ton to think about this week! If you haven’t read it already, check out her massively interesting post! I’m going to put alchemy on my back burner for now..because I need to read everything alchemical about 20 times and then dream about it to have it make sense. But if you’re not similarly challenged - post a response on it!! I really want to read more. 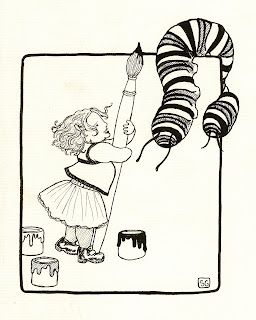 The Mirror:
What stood out to me most in this section was Ron’s vision in the mirror of Erised. I love the concept of the mirror - mirror magic is fantastic! It’s one of my favorite things - except after dark, which is sort of the best time for it, but the worst time for looking into mirrors in general. And the mirror itself is nicely done (except, I hate the name..because I’m a snot and just don’t like things like that; and excepting - as Jenna mentioned - the whole trouble of what the mirror would show “the happiest man on earth” Does Dumbledore believe - as it seems here - in nothing beyond this earth? Or does the mirror limit itself to desires earth can satisfy - which makes me wonder what happiness entails for Rowling. But Ron stood out most in the encounter with the mirror. I felt awful for him. Harry has had a real loss, and it’s obvious why he would long for family; but Ron, surrounded by family and yet full of a desperate need to prove himself, a striving that I think should have landed him in Slytherin. It made me feel uncomfortable with his family: Ron’s deepest desire is to outshine them all, be noticed and praised. It shows him with such a lonely, hungry little soul. I wanted something more for him there - but maybe, in his ability to turn away and back to reality, we’re able to see a bit of will-power in him, more than Harry has, to embrace life as it is, and not mourn for shadows. I’m glad he’s given that gift.

Symbolism and Sport:
This is a very minor question about Quidditch. I’ve been reading so much on the symbolism in the Harry Potter series..but can’t find anything on what the symbolism of Quidditch is. Is there any symbolism there?? 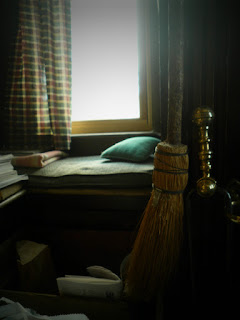 Commentary by people, not me:
I read this article, by Harold Bloom of the Wall Street Journal recently, it's not a recent article. He is not a fan..unfortunately, he lost all my sympathy early on by implying that Rowling is much like Tolkien, and that he hates Tolkien just as much. People who hate Tolkien have no taste. But, if anyone wants to read him..we could insult his opinions, or occasionally defend opinions unrelated to J.R.R. Tolkien..though I'll need lots of convincing to love Alice in Wonderland half as much as The Hobbit.

And here, Michael O Brien responds to those of you who think he's being unfair to the series. He mentions knowing "about eight different critics of the Potter series who either write books or magazine articles on the subject. All are sober people—" I'm not a huge fan of sober people..but I did feel bad for them when he added that "they suffer from personal attacks against them that are at times quite irrational, a kind of knee-jerk outrage against any criticism of Harry Potter."

They're both interesting, SPOILER-FILLED reads..please don't assume I agree with either..remember - Harold Bloom hates Tolkien, and Michael O'Brien probably isn't a huge fan of girls who base major life decisions on dreams.., and don't read if you get too frustrated with un-friendly, non-fans of the books.. But do read if you can..and share your thoughts with me!