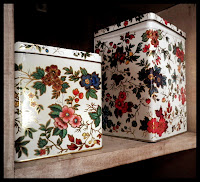 It’s snowing again. The weathermen promise freezing rain along the coast, but we are not-quite-coastal enough, I think. 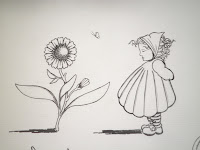 Everything I’ve planned for the day - except walking to collect the mail, which is looking unlikely at this point, is done. I’m enjoying the peace of winter quiet. Seth and Yarrow enjoy the quiet as well. She's been inside pretty consistently, though we did bundle up to sand the driveway before the snow began. Seth has been sketching and starting up a tumblr page: The Beauty Project. He's uncertain about tumblr so far.  I've been reading a bit of Michael Pollen's In Defense of Food, drinking tea, and wasting time on pinterest. Yarrow's bushia visited on the weekend of the storm, and managed to sneak in some quality time before and after the blizzard. Yarrow was grateful for the attention, she's a severely neglected child.

And while it’s quite, I’d like to request prayers for our dear Pope Benedict XVI, who has decided to step down at the end of February. I’ll miss seeing his delightful smile and resting in his calm leadership, but I’m glad he will have the chance to retire to a life of peace and prayer. 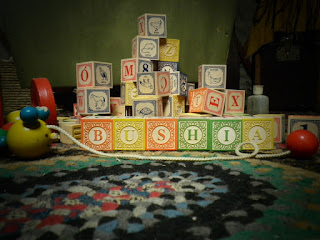