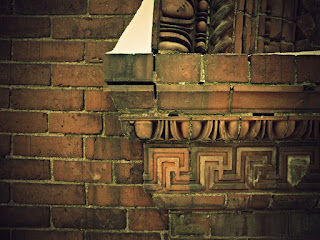 I’m opinionated. My mother has used words like harsh, judgmental, and critical to describe me in the not-too-distant past (last month), and sometimes she’s right, I’m a snob. I like good books, books that don’t read like a fifth-grader’s first draft, books that don’t make me wonder if the entire world is illiterate. I like good coffee, not weak decaf, gas-station pumpkin spice, or burnt beans. I try not to be harsh about my preferences, but sometimes - like when people claim Dunkin’ Donuts has good coffee, or that The DaVinci Code is a “smart, smart, book,” I do get vocal.
Jenna recently sent me this article, by an author I’ve never read, about the affect the public persona of an author has on the reader. It’s not something I’ve thought much about before, but I realized that I do judge authors by the way they present themselves. I can forgive a good deal of disagreement on politics, religion, life-in-general, but I have stopped reading author’s whose tone is condescending, who doesn’t seem to respect the reader, or who doesn’t seem honest in relating to the public. And sometimes, I’ve stopped reading an author because I can’t get past the bad back cover photo (if that isn’t harsh I don’t know what is).


There is a danger in becoming too public as a personality, devoting too much time to blogging, tweeting, interviewing, and entertaining. ‘Being an Artist’ can take up all the time that used to go toward creating art. Camus has a fun little story “Jonas, or The Artist at Work” about a man who becomes overrun by the distractions of Being an Artist. There’s something off-putting about back-cover photos - they always fall short of the image I’d like to have of the author, and if he goes online to discuss his opinions of the election, praise writers I’m convinced are bad, and update me on his daily weight-loss regime, I might lose the ability to see him as anything but a sweaty jogger in obnoxious t-shirts. In short, writers should think before they build a public image. They should be honest in blogs and interviews, but the sort of honesty you bring to a first date, not the sort you share with old friends on a drunken weekend. Because they are crafting an image - and it shouldn’t be completely unattractive, right?
Posted by Masha at 5:31 PM